Video Out Macjreyz - Road To Success

OluwaMedley - Joy In My Heart Video Out. The Video was shot by Moses Godwin (MGodwin Production)  The Video Was Edited by Ernest Olusanya A covenant University who owns ERNEST EXPECTATIONS. Click This Link To Watch Video 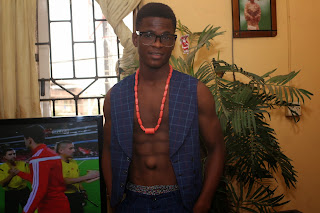 https://www.youtube.com/channel/UChyIsxApKrAXr4xxUqP57_Q
Posted by Lucky Moses at 04:32 No comments: 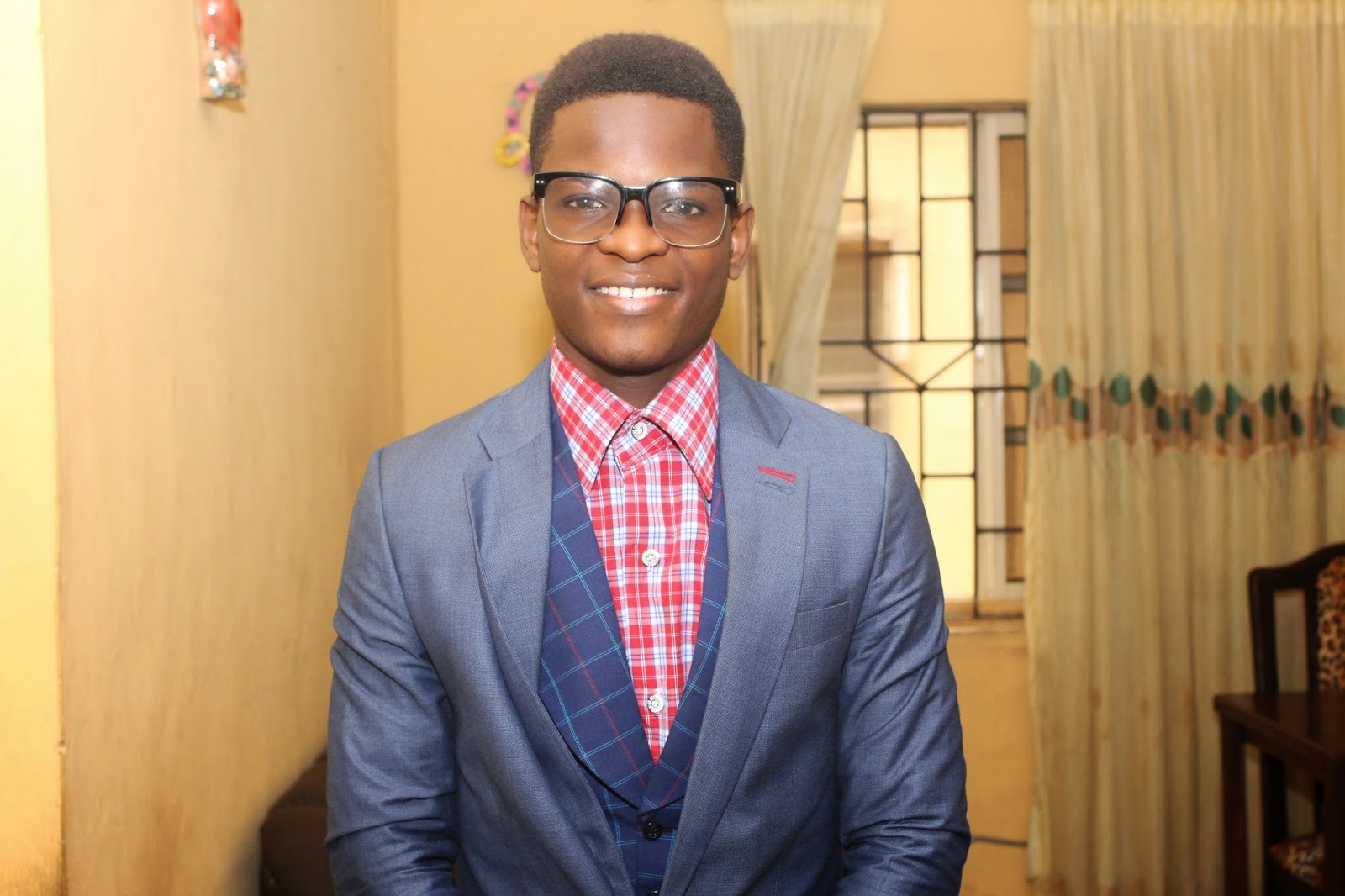 Moses Joshua Chinedu known as MEDLEY is a Young Talented Artist who recently released his first official single 'Joy In My Heart' DOWNLOAD HERE; https://soundcloud.com/medley-7/joy-in-my-heart Thanks.
Posted by Lucky Moses at 09:15 No comments:

You are not barred from attaining greatness by Heredity. No matter who or what your ancestors may have been or how unlearned or lowly their station,the upward way is open for you. There is no such thing as inheriting a fixed mental position; no matter how small the mental capital we receive from our parents,it may be increased; no man is born incapable of Growth.
Heredity counts for something. we are born with subconscious mental tendencies; as, for instance, a tendency to Melancholy, or cowardice, or to ill-temper; but all this subconscious tendencies may be overcome. When the real men awakens and comes forth he can throw them off very easily. Nothing of this kind need keep you down; if you have inherited undesirable mental tendencies, you can eliminate them and put desirable tendencies in their places. An inherited mental traits is a habit of thoughts of your Father or Mother impressed upon your subconscious mind; you can substitute the opposite impression by forming the opposite habit of thought. You can substitute a habit of cheerfulness for a tendency to despondency; you can overcome cowardice or ill-temper.
Heredity may count for something, too, in an inherited conformation of the skull. There is something in Phrenology, if not so much as its exponents claim for it; it is true that the different faculties are localized in the brain, and that the power of a faculty depends upon the number of active brain cells in its area. A faculty whose brain area is large is likely to act with more power than one whose cranial section is small; hence persons with certain conformations of the skull show talent as musicians,orators,mechanics, and so on. It has been argued from this that man's cranial formation must, to a great extent, decide his station in life, but this is an error. It has been found that a small brain section, with many fine and active cells, gives as powerful expression to faculty as a larger brain with coarser cells; and it has been found that by turning the principle of power into any section of the brain, with the will and purpose to develop a particular talent, the brain cells may be multiplied indefinitely. Any faculty, power, or talent you possess, no matter how small or rudimentary, may be increased; you can multiply the brain cells in this particular area until it acts as powerfully as you wish. It is true that you can act most easily through those faculties that are now most largely developed; you can do, with the least effort, the things which "come naturally" but it is also true that if you will make the necessary effort you can develop any talent. You can do what you desire to do and become what you want to be. When you fix upon some ideal and proceed as hereinafter directed,all the power of your being is turned into the faculties required in the realization of that ideal; more blood and nerve force go to the corresponding sections of the brain, and the cells are quickened,increased, and multiplied in number. The proper use of the mind of man will build a brain capable of doing what the mind wants to do.
The brain does not make the man;The man makes the brain.
Your place in life is not fixed by heredity. Nor are you condemned to the lower levels by circumstances or lack of opportunity. The principle of power in man is sufficient for all the requirements of his souls. No possible combination of circumstances can keep him down, if he makes his personal attitude right and determines to rise. The power which formed man and purposed him for Growth (GOD) also controls the circumstances of Society,Industry, and Government; and this power is never divided against itself. The power which is in you is in the things around you,and when you begin to move forward, The things will arrange themselves for your advantage. Man was formed for Growth,and all things external were designed to promote his Growth. No sooner does a man awaken his soul and enter on the advancing way than he finds that God has made nature,society and his fellow men to aid it; And all things work together for his good if he obeys. Poverty is no bar to greatness, for poverty can always be removed. Martin Luther King,as a child,sang in the streets for bread. Linnaeus the naturalist,had only forty dollars with which to educate himself; he mended his own shoes and often had to beg meals from his friends. Hugh Miller, apprenticed to a stone mason,began to study geology in a quarry. George Stephenson, inventor of the locomotive engine, and one of the greatest of civil engineers,was a coal miner,working in a mine,when he awakened and began to think. James watt was a sickly child,and was not strong enough to be sent to school. Abraham Lincoln was a poor boy. In each of these cases we see principle of power in the man which lifts him above all opposition and adversity; GOD.
There is a principle of power in you; if you use it and apply it in a certain way you can overcome all heredity, and master all circumstances and conditions and become a great and powerful Personality.


Please be kind to leave a comment when you done reading about how inspired you are. Thanks I love You and Want to see you Excel follow me on Twitter @lcmosez.
Posted by Lucky Moses at 08:59 No comments:

Indeed we must war against all aspect of the "failure mechanism" which is a system of self-reinforcing negative symptoms which can disrupt an unaware individual's positive instincts.
For, just a certain positive predispositions can accelerate the happy functioning of a person's success mechanism,so can negative forces build up with the speed of a rolling stone going downhill, producing chains of negative feedback within the individual which can lead only to defeat.

TO OVERCOME FAILURE; FIGHT THIS FOLLOWING ELEMENTS :
1. FRUSTRATION
2. AGGRESSIVENESS
3. INSECURITY
4. LONELINESS
5. UNCERTAINTY
6. RESENTMENT
7. EMPTINESS.
*** True Success is a Journey, Not a Destination***
#IEXCEL
Posted by Lucky Moses at 12:02 No comments:

#MakeItReality
Nigerians should Stop giving excuses and being Lackadaisical and embrace this Fate; Believe in becoming labour force Employers and Aid the economy's development (Employment rate).
Educate that Skill/Talent into a Brand(Company) *put it to work* *target your market* *Build your firm* become a business entity.
STAND-UP TO RESPONSIBILITIES: #Register #PayTax #PayBillz #Employ. Build a Company Reliable,Just and Transparent. Become the leading positive drive of the #Economy-wide. Serve your Society (Societal Development). God Bless You. #IEXCEL - Lucky Moses Chisom
Posted by Lucky Moses at 11:56 No comments:

So many of you my friends inspire me with your BIG dreams, you are gradually building up individual positions in the global creative force, hence your dreams/companies are going to be real/bigger companies. So what is a company?

According to Robert Gross, former president of Lockheed Aircraft Corporation, he says, "It's one thing to build a product; it's another thing to build a company, because companies are nothing but men, and the things that come out of them are no better than the people themselves. We do not build automobiles, airplanes, refrigerators, radios, or shoestrings. We build men. The men build the product."

Your product may be marvelous, but without the right men the brand will die. Have a successful journey building your dreams - Feranmi Ajetomobi
Posted by Lucky Moses at 06:59 No comments: